Review: A Dress for the Wicked 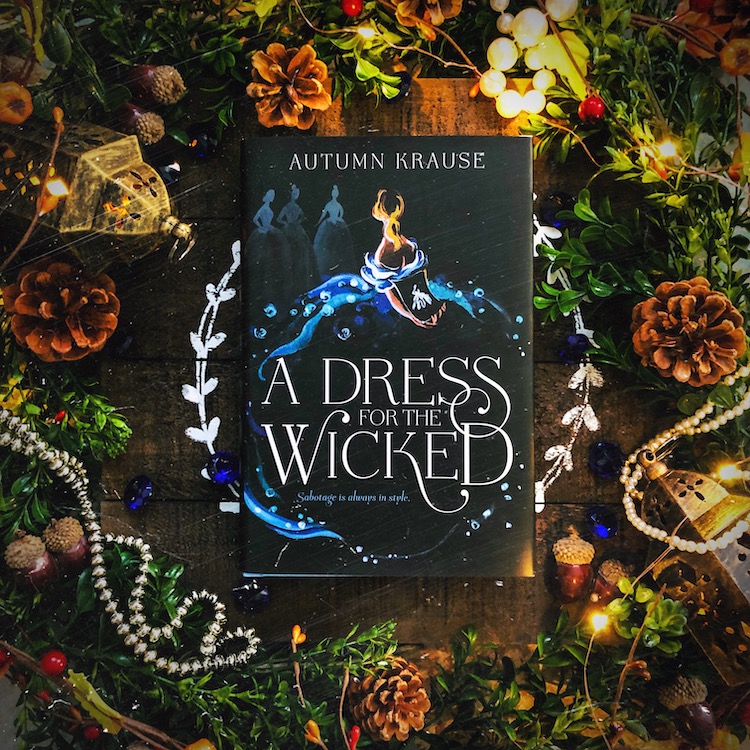 I think I’ve said it before, I am not a fan of novels that spend a lot of time describing dresses, ballgowns, appearances and the prepping, primping and accessorizing that goes along with it.

This is a Victorian aged Project Runway.

Emmy is a passionate designer prodigy heralding from Shy, a quiet, poor village in the fashion obsessed kingdom of Avon-Upon-Kynt. She longs to design for the elegant, highly elite House of Madame Jolene. So when the reformist party strong arms the elitist fashion house to include one lowly “country-bred” lady of no means into the yearly fashion interview (a project runway competition) Emmy seizes this opportunity to win a spot.

Of course no lady based competition is without peril, drama, backstabbing, sabotaging, and petty-cat fighting and Emmy (being poor, naive, beautiful and talented) is a target. As she navigates this world of high fashion, political bullying, corrupt politicians & designers she begins to question if this beautiful, glamorous world really has a place for her in it.

The problem with spending so much time describing dresses is that it really pads pages with, well, fluff. It isn’t substantial to me and leaves less room for the important stuff. Like say, character development and a plot. But truthfully it wasn’t the elaborate descriptions of gowns that I disliked most — these were actually more “Alice In Wonderland-esque” which was interesting — but the overused, poorly developed character tropes, insta-love (not in a good way), awkward world building, and my number one hated trope: girl-girl hate.

Emmy is ridiculously naive and it is hard to believe that in the years and years of this design competition she is the only one to question the status-quo and imagine a second design house. In a world that spits out constant design talent year after year, it is hardly believable. She is sweet, talented and driven … but I found her naiveté hard to stomach.

All the side characters are okay, but really lack depth. Ky who is described as half Japanese, half white is about her only delineator, Alice is just a mean snob, Kitty is kind, and the only thing that I remember about Cordelia is she prefers “menswear”.

I found Sophie to be the most interesting character; incredibly talented, mysterious, and hiding secrets.

I enjoyed Autumn Krause’s discussions on artistry and the complex struggle of an artist balancing authenticity with approachability for mainstream consumption. For what is art if not to be seen?

Overall this just wasn’t the book for me. It spent way too much time describing gowns and not enough fleshing out the characters, the world or the plot. An awkward, brief insta-love is thrown in that is just clunky and messes up the pace.

Much like the elaborate gowns it is based on, this is quite superficial.