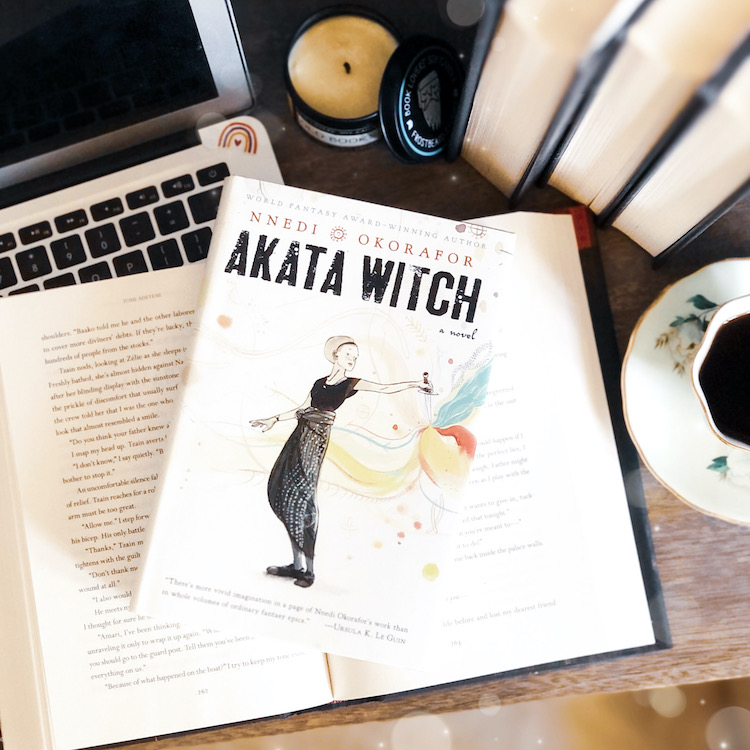 Sunny is an American born albino who spent her first nine years living in New York before moving with her family to Nigeria. She isn’t black enough, she isn’t Nigerian enough, her father detests her, and she struggles to fit in.

And that was before she discovered she is also a Leopard person – the group of secret, worldwide magical beings who live amongst the “Lambs” (nonmagical people). She is a free agent, possessing wild and uncontrolled magic with no familial ancestor Leopard to help her harness. With the help of a few new friends, Orlu, Chichi, and Sasha, she is about to embark on a secret quick course lesson, aided by their long time teacher.

But this isn’t a welcoming society, nor is it easy. It is brutal, violent, demanding, and painful. When it becomes apparent that a rogue Leopard person is stealing and killing children to gain ultimate power, the society turns its hope on this group of young, magical Leopards to save their society and the world itself. But are they ready?

I totally understand why this is often referred to as the “Nigerian Harry Potter”, because it does share many similar elements. From a Diagon Alley-esque magical village to its own version of Muggles and Wizards… in this case Lambs and Leopard people.

While the imagination and creativity is completely captivating, I really struggled to understand who this story was written for. In all fairness nomenclature and syntax like this may not be important to some, but I really struggled to determine if this was middle grade – since our characters are all hovering between 12 and 14 – or is it YA because of the extremely mature subject matter.

I’m not going to lie, this was one of the more disturbing books I’ve read. In essence Sunny and her friends are on the hunt for a child serial killer and Nnedi doesn’t mince on the details. From maiming to graphic abuse to scenes of child torture and child abuse … I had a hard time stomaching this AS AN ADULT! So I very much hazard to say it is a great middle grade read. But as a YA, it reads very young between these intense scenes.

If you get past my hangups on classification, it is a really enjoyable fantasy with stellar world building and wholly original details. I can really see its sequel, Akata Warrior, nailing the hammer on the head as Sunny and her friends have aged some years, essentially aligning their age and the subject matter. Because I cannot fault the powerful storytelling ability of the master writer.