Review: Aru Shah and the Song of Death 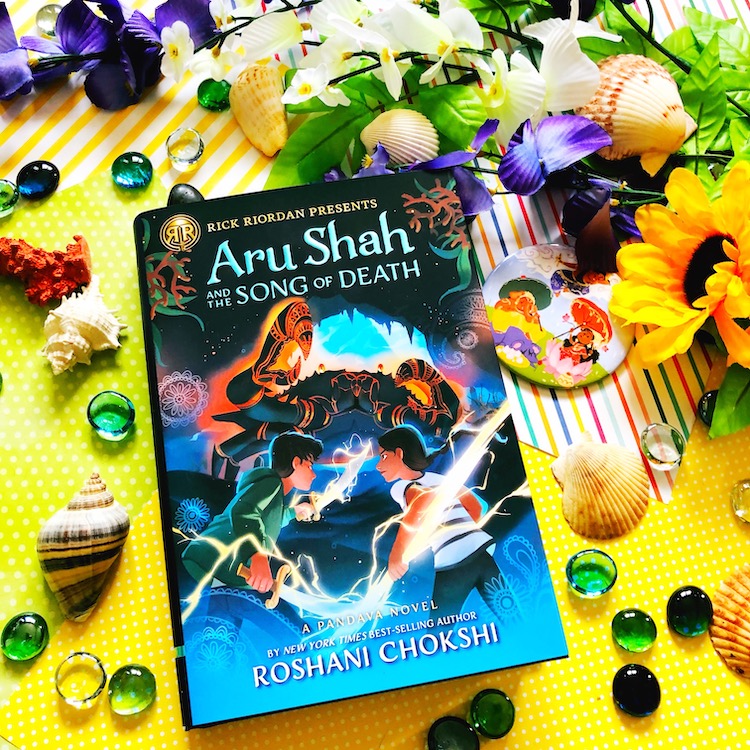 What can I say? Aru Shah and the Song of Death surpasses Aru Shah and the End of Time. I always say it is really rare for a sequel to beat its predecessor … but Arlo Finch and Aru Shah prove that is not the rule!

In this instalment, Aru teams up with her Pandava sister Mini – along with a new Pandava sister, Brynne (more on her in a moment please) and Aiden, obviously not a Pandava sister but something pretty close to it. Their goal is to find and return the God of Love (Kamadeva’s) bow and arrow or they will be thrown out of the Otherworld, forever. Of course along the way they are forced to use their wits, their individual strengths, and a heap of help from the Gods to defeat various challenges. Ranging from being attacked by a massive swan Kamadeva keeps as a pet, to trying not to become a non-singing monstrous blue crabs’ dinner, while being chased by a murderous serpent King … just to name a few …

I think what makes this novel shine are the fresh, new characters. Brynne is a fabulous addition to the team – she is, at first, hostile, bristly, cantankerous, opinionated, and mistrusting. By the end she is hostile, cantankerous, opinionated, … and still a little mistrusting, but less so. She is fabulously grumpy. She is fabulously independent and flawed. She is Paris Gellar meets a German Wrestler and she was above & beyond my favourite.

But every character is so fully realized, so fully fleshed out and facing very real challenges that most middle graders will relate to. Roshani Chokshi handles big, important concepts with great delicacy and compassion. It was truly touching.

And the humour! I don’t know if younger aged middle graders will fully appreciate the humour here and cultural references – but their parents definitely will, as will older middle graders. But there were times Aru Shah had me crying with laughter!

In short, it’s fantastic. It has everything a middle grade novel should: adventure, team work, sticky relationships, real hardships and conflict, magic, humour and a great cast of characters and imagination. Every character shines in their own right.

Truly a treat of a novel. But it is more appreciated by an older audience.