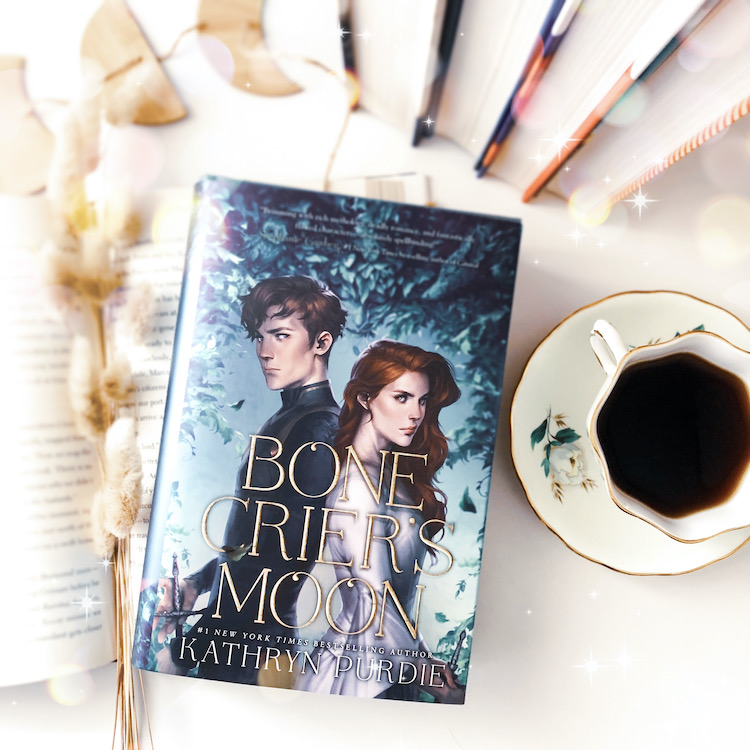 It is the job of the Bone Criers, a group of ancient, magical women, who gain their powers from the bones of animals, to ferry the souls of the dead to the afterlife. If they fail, the dead will prey upon the living, stealing their light and life. To obtain this magic from the Gods, and become a true ferrier, one must sacrifice the life of her true love. Ailesse has been preparing for this her entire life, but on the day of her ritual nothing goes to plan.

Bastien’s father was killed by a Bone Crier when he was a boy and he has made it his life’s mission to kill a Bone Crier and avenge his father’s death. But he misses his chance when Ailesse’s ritual begins and now their fates are forever locked – if Ailesse dies, so will he.

Sabine has always been considered a weak Bone Crier, lacking the stomach to kill the animals needed to obtain their bone magic. But when her best friend is captured, she will do whatever it takes to get her back and break the bond between Bastien and Ailesse before the dead awaken … before they all die.

I am going to do my best to disentangle the bloody awful audiobook I listened from the actual story because, while the audiobook itself is a 2 star at best, I feel there is a smidge more to Bone Crier’s Moon. (But seriously, that audiobook – terrible male narrator and terrible audio quality, my sheer stubbornness is the only reason I didn’t return it!)

There are some fantastic elements that come together in Bone Crier’s Moon: matriarchal societies/covens of sisterhood, old Parisienne townships, crumbling ancient castles, catacombs, mythology, and magical earthly connections. A coven of kick-ass women responsible for ferrying the souls of the dead to the afterlife? I thought this concept was incredibly exciting and unique in a world of YA fantasy that is drowning in the mundane and similar.

Kathryn Purdie develops an excellent atmosphere with a creepy and haunting ancient Parisienne-style world and some strong characters. The voices of Sabine and Ailesse did tend to blend and Bastien was extremely one note, but the side characters of Jules, Marcel, and some women of the Bone Criers, were well done.

But the romance, it is one of the most awkward and unbelievable I’ve ever read. The longer the story continued, it kept feeling more and more forced upon the reader and truly overtook the whole storyline, eventually falling into the absurd. Meandering, overextended battle scenes with the dead souls felt like a lot of page filler than actually elevating the love dynamic or enhancing the story building or creation. It weighed down the effort even more.

While Bone Crier’s Moon has such a wonderfully unique story plot – an ancient, magical, matriarchal group of women responsible for ferrying the souls of the dead to the afterlife – combined with creepy and atmospheric world building … the story clunks along awkwardly with an entirely unconvincing romance and over extended battle scenes. The sparkling tales of magic, sacrifice, sisterhood, and spiritual mythology all sink beneath this overly forced love story. (And do yourself a favour and avoid the audiobook.) 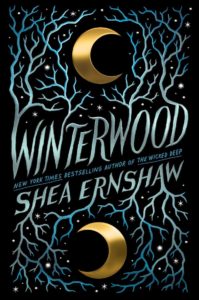 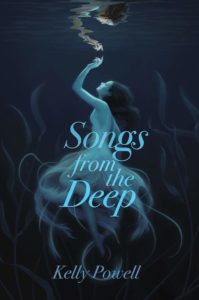 Songs from the Deep 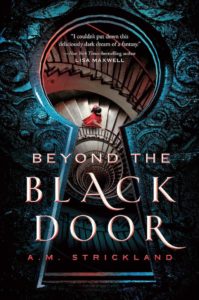 Beyond the Black Door