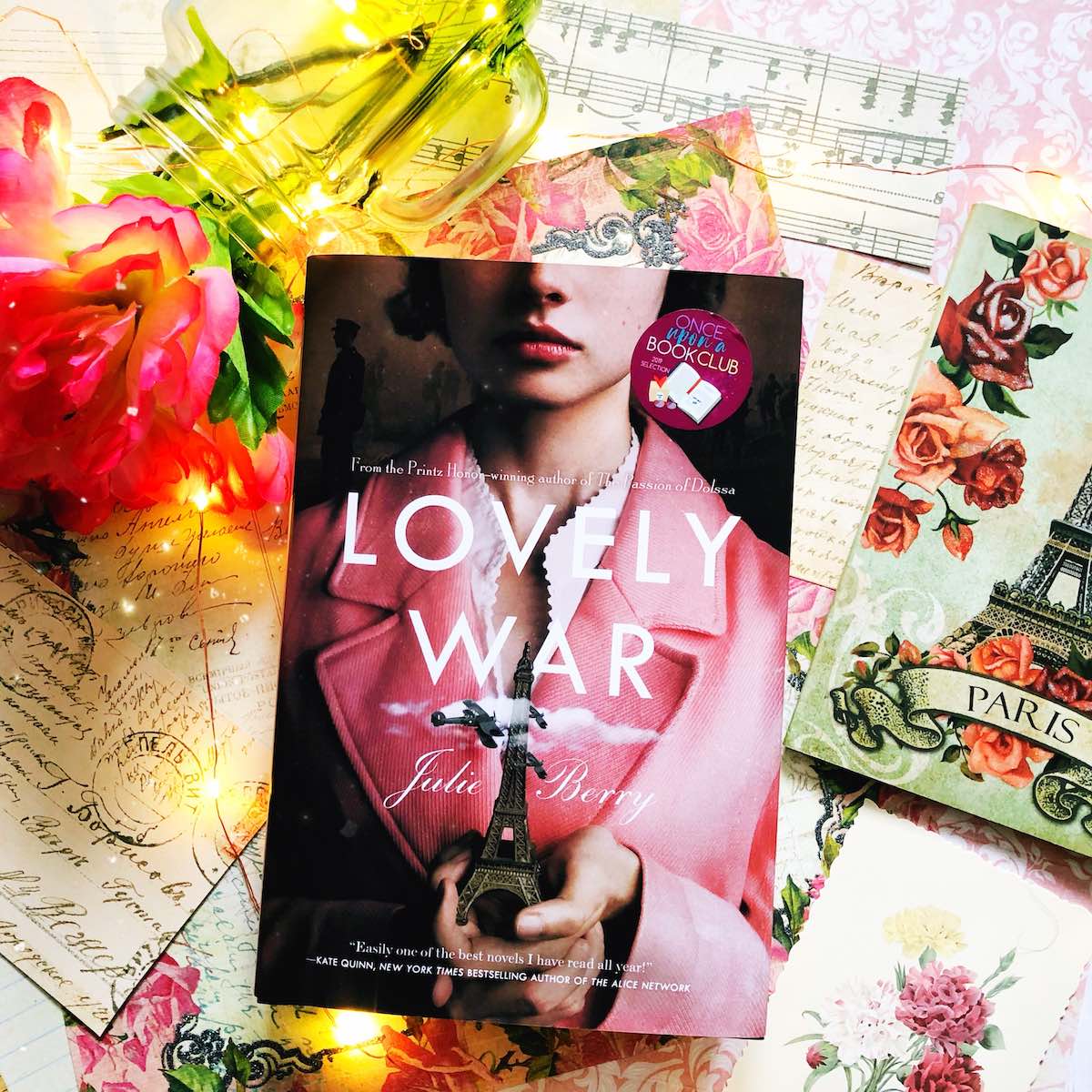 “I envy your mortals.”

“They do. But the lucky ones live first.”

I hope I can do this lovely book justice.

I will start by saying it probably isn’t for everyone. It is incredibly detailed with lustrous visual imagery and strong emotional depth. Often novels with lyrical prose can move quite slow and Lovely War is no exception to that. So, if you like your novels to be get-to-the-point, faster paced and more adventure driven than character driven – you might not find a home here.

Having gotten that out of the way – Lovely War is one of very few novels I’ve read that has made me feel.

That sounds weird, I know.

To be honest, it wasn’t even the characters that achieved this – although they were excellent: unique, diverse, and well rounded – but the story. This story made me feel.

Centring around the Great War, or war in general, is an immediate way to hit an emotional response. Life was brief, tragic and passionate. The future was uncertain and life was lived with an intense immediacy unseen at any other time.

But even though there are countless stories centring around War, Julie Berry brings a new and incredibly heartfelt take on it. This is a tale of love; its ability to overcome war. It is the love story of two couples: Belgian refugee Collette & Aubrey, an African American jazz musician, and sweet, funny Hazel and her James, a British soldier. The twist? It is told from the alternating perspective of the Greek gods themselves: Aphrodite, Ares, Hades and Apollo. The gods serve as an omnipresent force throughout the story, while they themselves are all in a New York hotel room in 1942.

The addition of these omnipresent gods is so clever and their interactions add some much needed light-heartedness to the story.

Because this story is not light. It brings a very real human face to the consequences of war. While it has its moments of disturbing, they are provided to give a very real sense of the tragedy but Berry does not linger here to provoke or disturb. There were just so many times I had to pause and absorb what she had written … there were so many times my heart broke. Of course realizing that this story, while based on mostly fictional characters, was the reality of many in the past.

Aubrey wonders if he’ll die in his country before he ever gets the chance to die for his country.

Let that sink in.

Racism, sexism, and the making of monstrous killers from innocent, everyday men (on both sides of the war) are explored here.

And done well. With such attention to detail – the astounding amount of research Julie Berry has done is obvious.

Simply, without being too dramatic, it was transcendent. I was seeing these stories as if they played in front of me and if the pacing lagged at times it was not enough to overtake the achievement.

Ultimately the book asks us the question: is love stronger than war? In todays cold, unfeeling world is there a place for love? It explores that theme and resoundingly determines it can …

“Let them start their dreadful wars, let destruction rain down, and let plague sweep through, but I will still be here, doing my work, holding humankind together with love like this.” — Aphrodite