Review: The Bones of Ruin 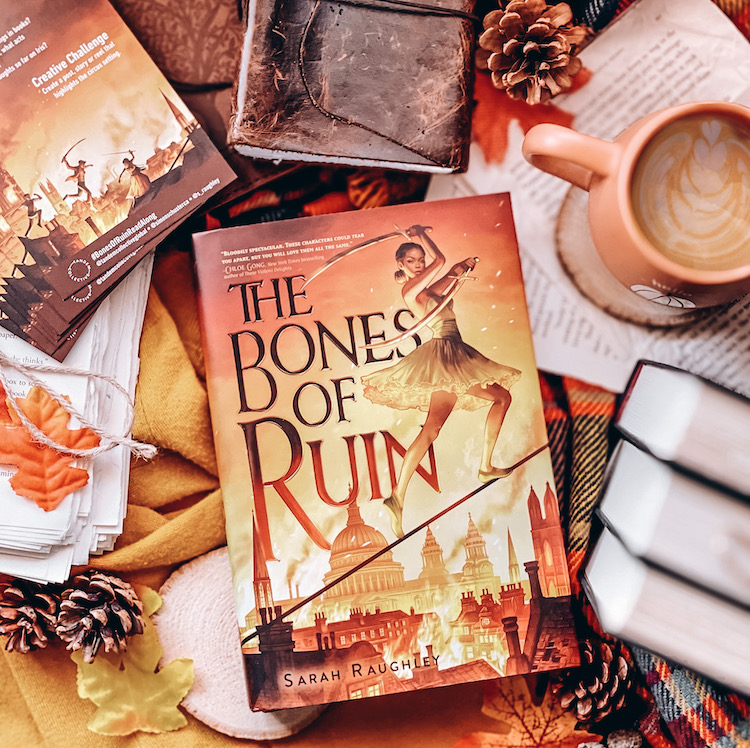 As an African tightrope dancer in Victorian London, Iris is used to being strange. She is certainly a strange sight for leering British audiences always eager for the spectacle of colonial curiosity. But Iris also has a secret that even “strange” doesn’t capture…

Haunted by her unnatural power and with no memories of her past, Iris is obsessed with discovering who she is. But that mission gets more complicated when she meets the dark and alluring Adam Temple, a member of a mysterious order called the Enlightenment Committee. Adam seems to know much more about her than he lets on, and he shares with her a terrifying revelation: the world is ending, and the Committee will decide who lives…and who doesn’t.

To help them choose a leader for the upcoming apocalypse, the Committee is holding the Tournament of Freaks, a macabre competition made up of vicious fighters with fantastical abilities. Adam wants Iris to be his champion, and in return he promises her the one thing she wants most: the truth about who she really is.

If Iris wants to learn about her shadowy past, she has no choice but to fight. But the further she gets in the grisly tournament, the more she begins to remember—and the more she wonders if the truth is something best left forgotten.

Three things stood out to me while reading this:

Sarcasm aside, I was truly invested in this story for the first 50-100 pages, before the story exploded into too many directions. Iris being adored by at least two characters (and oftentimes more) was completely unnecessary. Having the competition work in teams of two partners would’ve been greatly beneficial by simply focusing on developing two strong characters and their connection.

The book is gorier and bloodier than I thought and the premise is compellingly original, but the execution fell apart for me with an overly bloated page count, a story that tried to take on too many plots, a character that wasn’t just detestable, egocentric, and hypocritical, but lacked any urgency or stakes because she simply couldn’t die in this game of death. Sadly, a frustratingly big miss for me.