Review: The Tiger at Midnight 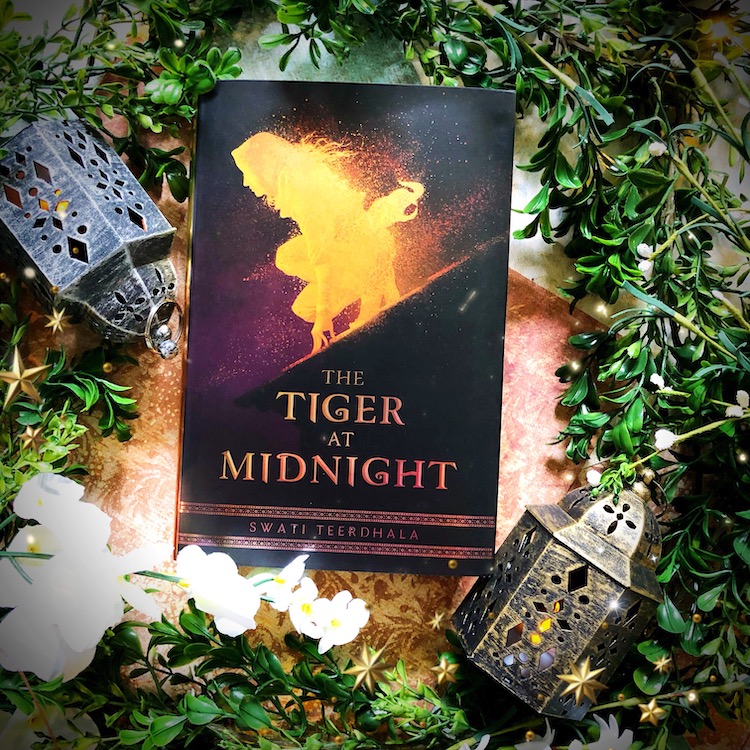 Never greet a tiger at midnight, for they are manifestations of your past misdeeds.

This book battles the line between “really good” and “meh”.

The premise of The Tiger at Midnight is much of the same basic YA fantasy – young boy and girl with super special talents/skills/magic work to improve and overthrow their oppressive, evil rulers and prevent the end of the world.

I’m not knocking the formula by any means … but it takes exemplary writing, world building and character connection to launch a book beyond the “meh” and stand out in this field.

Overall, I felt, The Tiger at Midnight struggled to achieve this.

Esha is a ruthless, legendary assassin (call sign Viper) who is working with a team of elite rebels to restore balance to the ancient Indian world of Dharka and Jansa after a betraying political coup broke the peace between the two countries. Kunal is a solider trying to uphold the Jansan values beaten into him and make his ruthless uncle, General Hotha, proud.

Our main characters are thrust together and play a game of “cat and mouse” after Esha is sent to assassinate the General and Kunal is sent to capture the General’s murderer. Of course, they aren’t the only players in this deadly political game of power … and their feelings for each other sure complicate things.

Right away I was interested in this story but as I continued to flip the pages I found I wasn’t connecting with the characters or the world. I kept waiting for the story to crack open, to really feel something for these characters or be able to vividly imagine the setting. The problem was I wasn’t being shown, I was being told. Rather than rich description, I was getting quick explanatory sentences … it just left things feeling “surface” level at best.

Beyond struggling with the “telling, not showing”, I found the writing to often get bogged down in over-explanatory paragraphs and at other times no explanation at all. Often there were huge story and plot gaps — what happened to Tana?? — and story lines that felt unbelievable and contrived. (I don’t know of many Palaces that keep enemy soldiers as guests, not prisoners).

However, having hashed all that out, I still enjoyed this book overall. The last 200 pages really picked up the action with twists and turns and character growth. I enjoyed the cat-and-mouse chase. I loved Esha’s strength and dominance as a fighter. I loved how equally matched Esha and Kunal were and how they tested each others preconceived beliefs.

It’s an entertaining read and I believe this author has a lot of promise to deliver an excellent second story. Unfortunately this one needed more editing to rise it above the “meh” 3.5 star.