HomeContentReviewsReview: A Court of Silver Flames

Review: A Court of Silver Flames 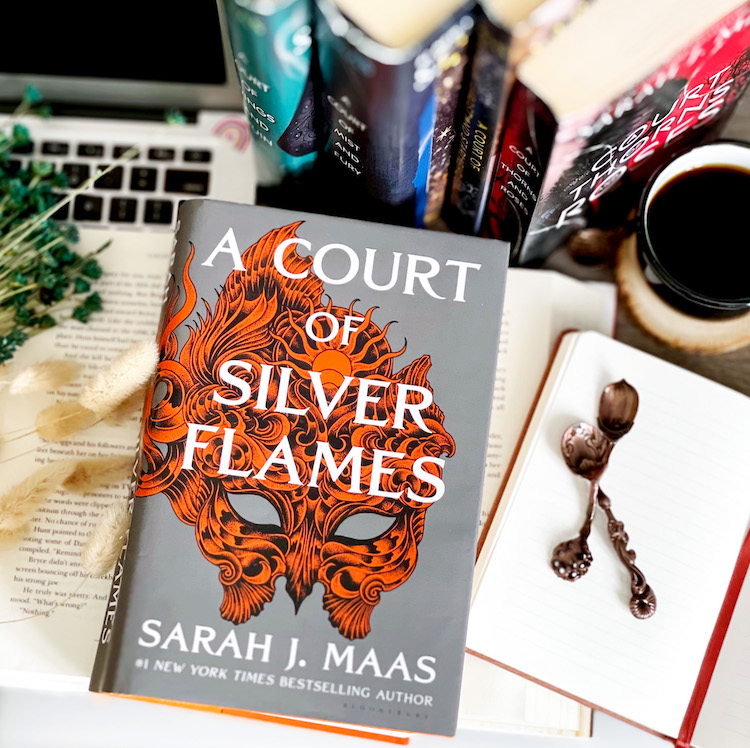 Because the synopsis does spoil certain events in the previous books of the series, I’ll refrain from including one here. The overall thoughts below are spoiler free!

This just didn’t work for me. At all. Rather than a whole rambling diatribe, I think it’s just easier to bullet point my major grievances with A Court of Silver Flames.

2) Reusing plot lines: For many sections of A Court of Silver Flames I thought I was re-reading A Court of Mist and Fury. Truly nothing was brought to further enhance or continue this world in any regard.

3) Being made immortal is not the same as rape: I understand this was a character driven novel of survivorship and overcoming trauma, and I appreciate the point Maas was trying to make about “not all trauma wearing the same mask.” But the continued equating of Nesta’s trauma to sexual violation really bothered me. Her humanity being taken away and being made immortal is not the same as the sexual violence inflicted upon the surviving priestesses of the library. It just isn’t. Sorry. On that regard – a major content warning for anyone sensitive to rape, gang rape, sexual violence, physical violence against women, and graphic birthing scenes.

4) Toxic masculinity and the sex: I wonder what would happen if a male character in a Maas book wasn’t a muscle-bound, hyper aggressive, beefsteak? It continues to bother me that novel after novel, criticism after criticism, we still are forced to read the same carbon-copy male characters.

Regarding the smut, I’m not casting shame or judgement here and I really enjoy some steamy romances myself, but this was … too much. It was very difficult for me to read the graphic, quite violent depictions of aggressive sex. Moreover, the entire plot was … sex. I found it very off-putting and frustrating. Especially when such a large portion of this novel is centring around rape victims and them working to overcome their trauma – the juxtaposition with all the graphic, rough sex seemed to me an extremely misguided and odd choice.

5) I now low-key hate every character from the previous books, especially Rhysand and Amren.  In order to facilitate Nesta’s perspective, the core group were written as egotistical, patronizing bullies.

Unfortunately A Court of Silver Flames went from bad to worse for me. There are other points that I’d love to get into but for the sake of brevity and avoiding spoilers I’ll leave it at these. This book was exceedingly overdrawn, poorly plotted, lacking in growth of characters of the world, heavily inundated with sexual content that became reductive and tiresome, and full-on was not the story for me. It did, however, do one major positive thing for me … It made me like Crescent City sooo much more. Most people reaching for book four in this series likely have already made up their minds that they will enjoy this novel, but for anyone thinking of picking up or continuing in the series to reach this highly hyped book … I wouldn’t. This is where I exit the Maas hype train.

Review: A Lesson In Vengeance