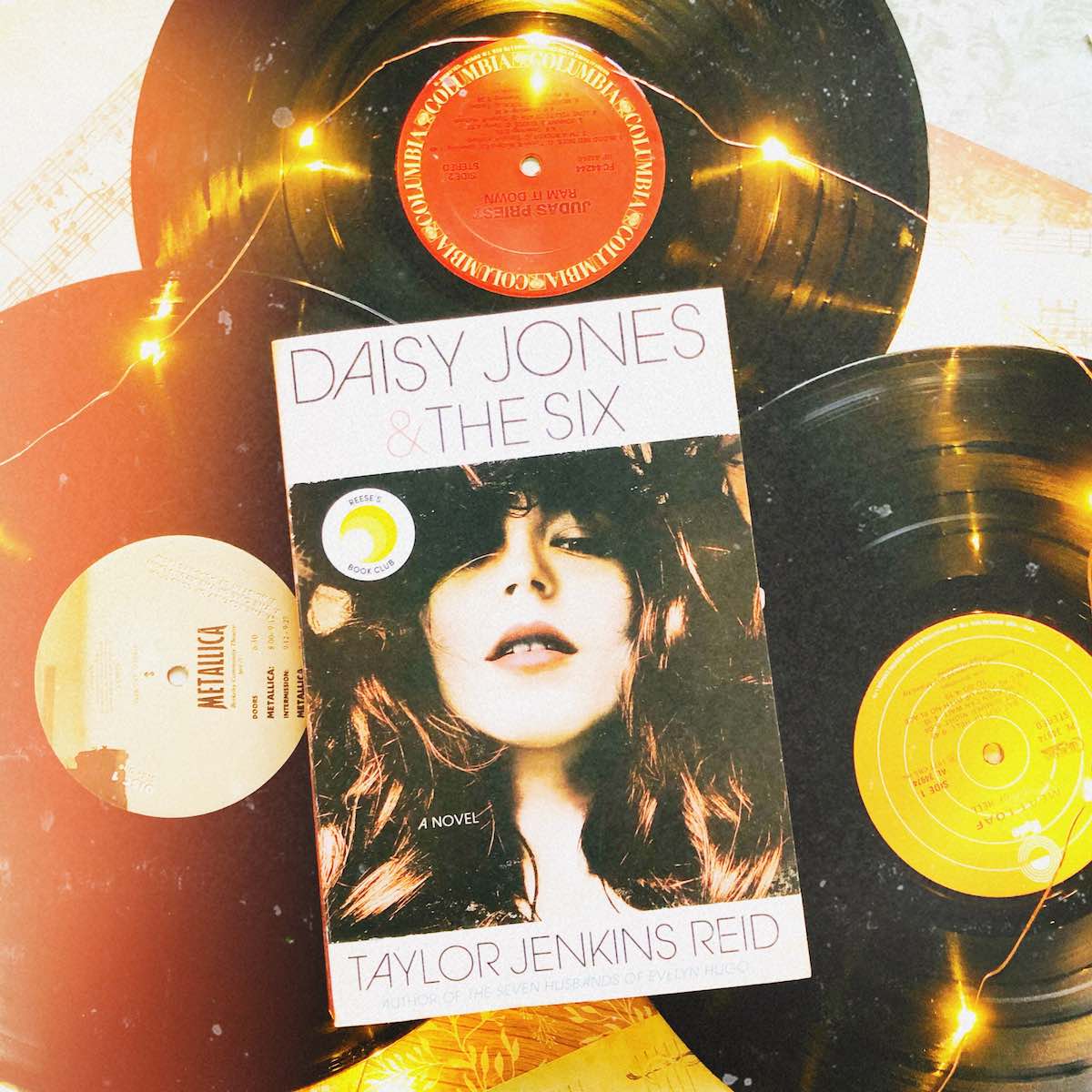 “I suppose everybody hurts everybody, but women always seem to get back up … women are always still standing.”

Only Taylor Jenkins Reid can keep you enthralled and turning the pages when you already know how the story will end. You know the band is going to rise to fame and you know they are going to split up at the height of it. Yet … I had to keep devouring this book to see what would happen next.

This is written in an interview style format, which typically doesn’t lead to a lot of character development. A little of that happens here … but for the most part, the main characters are spectacularly real given the limited prose.

This book is a fantastic portrayal of female strength and the different ways it can manifest.

From Daisy’s outward, in your face, take me as I am attitude:

“I used to care when men called me difficult … then I stopped. This way is better.”

To Karen’s you will respect me, I have my own dreams and you won’t make me feel badly thank-you very much:

“Men often think they deserve a sticker for treating women like people.”

And Camilla who shows her strength in her honesty, her unfailing devotion to her dreams. She takes ownership of her life and how she wants it to go. She doesn’t wait for perfection or idolizes perfection. She sees Billy for all his flaws, all his shortcomings, all her shortcomings, and simply says “that’s real life.” She doesn’t mince words, she isn’t a victim, but rather knows what she wants and is willing to sacrifice for it.

That is a key theme here. Sacrifice. Because even though all these women are strong as nails … they also have sacrificed tremendously.

Nobody here gets a “happy” ending. But that is so very real – no one does! Nothing is ever perfect and Taylor Jenkins Reid doesn’t purport to sell you that. Rather these characters fight for what they want, make mistakes (often catastrophically & heartbreakingly) and have to live with them.

This was a great decade upon which to base this platform of strong women. The 1970s marked a strong shift in women’s history – young women, who were mostly raised by stay at home moms with no choice to that matter, fought unapologetically to enter the male dominated arenas. Perfect back drop.

This is simply an excellent character driven novel that keeps you entertained, makes you take an honest look at your own choices and expectations in life and leaves you realizing there is no perfect life. There are no perfect choices. Life is messy. Life is complicated. As the Rolling Stones simply stated in 1969:  “You can’t always get what you want but if you try sometimes, you just might find, you get what you need.”