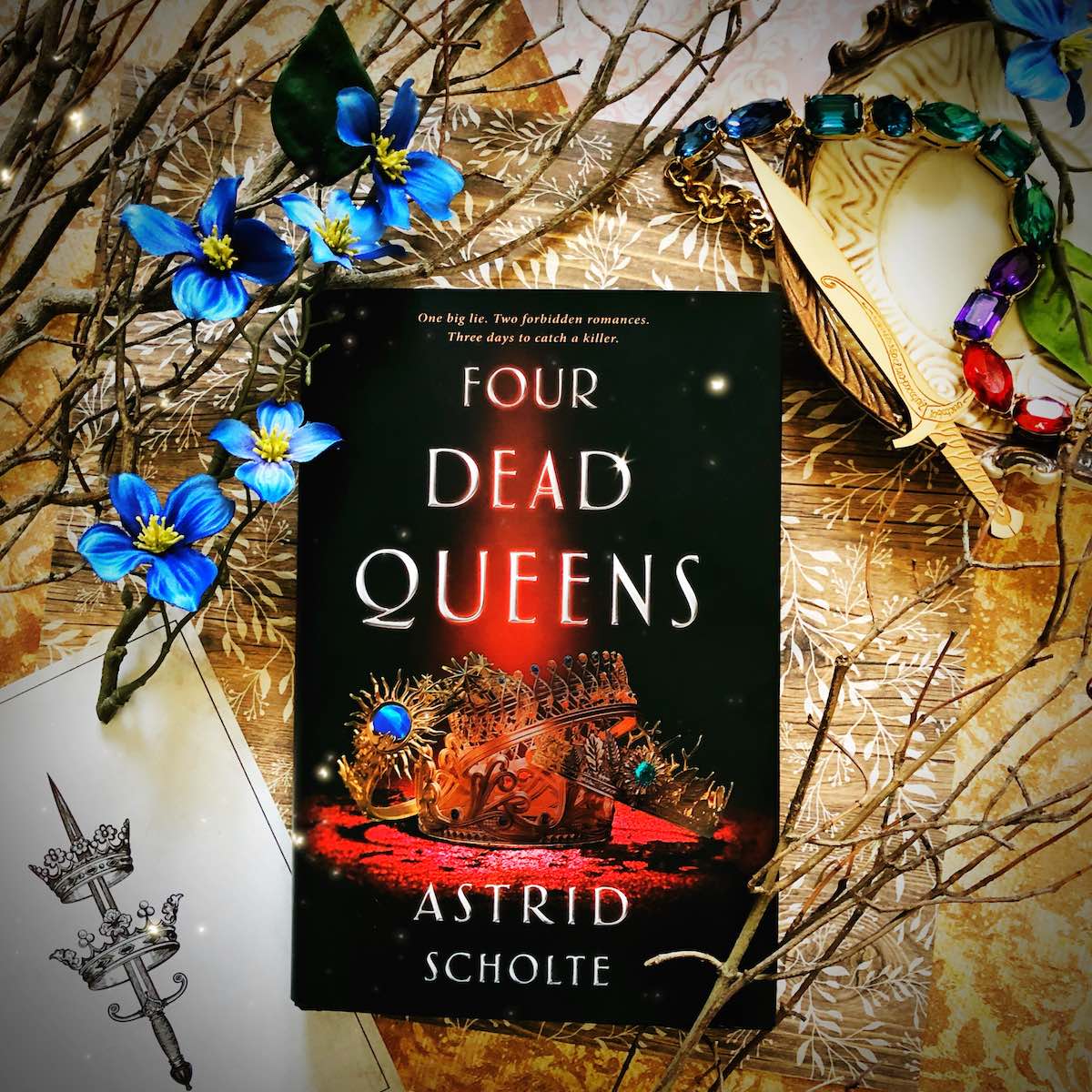 I feel let down.

Because this had so much bloody potential that I feel was completely let down by annoying, and eventually, damning issues.

The main issue? The stand-alone aspect. This novel tries to be too many things at once in order to wrap up in its 400 page constraint that everything is done so thinly and rushed. We have four queens that rule the four quadrants of Quadara. Each quadrant is a seemingly different fantasy concoction ranging from the primitive no tools, no technology Archia to the hyper tech, high intelligence, android Eonia. The problem is, again, we just don’t spend enough time developing these quadrants to really immerse in any real world building.

As the title suggests, someone is murdering these four queens, and it is a race to determine who the killer is.

Keralie is a teen on the run turned common thief in the quadrant of Toria (the shipping/trade/curious quadrant). She becomes entangled in the murder plot after the betrayal of her mob-boss friend Mackiel and joins forces with the unsuspecting messenger, Varin.

While it will likely be written that Keralie is feisty, independent, and flawed … I found her to simply be, well, cruel. She was incredibly dislikable! Disagreeing with her parents regarding her future? Why, she simply rams the family boat (the source of their livelihood) into some rocky cliffs that leaves her father in a coma. Then she abandons him! Oh, and her favourite trick to create distractions? Kicking over the elderly! Like, seriously?

It comes as no surprise, because this is YA, that a romance blooms between Varin & Keralie … but again it slams into the constraints of a stand-alone trying to be too much at once. The romance has no chance to build up, it’s just … there … and it feels like cousins kissing.

While I actually found myself being able to forgive all of these “annoyances” and sort of enjoyed the first 3/4 of the book … the ending simply destroyed it.

Up until that 3/4 mark the twists and turns felt genuine, exciting even… then it became … a joke.

It turned into one large, fake, poorly acted/executed soap opera. The twists enlisted eye rolls rather than genuine intrigue … people coming back from the dead, one person pointing the finger at the other saying “no you murdered the queens, no you did” while the court just gets whip-lash looking between them. Everything gets wrapped up in a big “kumbaya” style that cheapens the entirety.

I wanted to like this so much more than I did. But this fantasy murder mystery was simply let down by trying to do too many things at once and, in the end, doing none of them well.