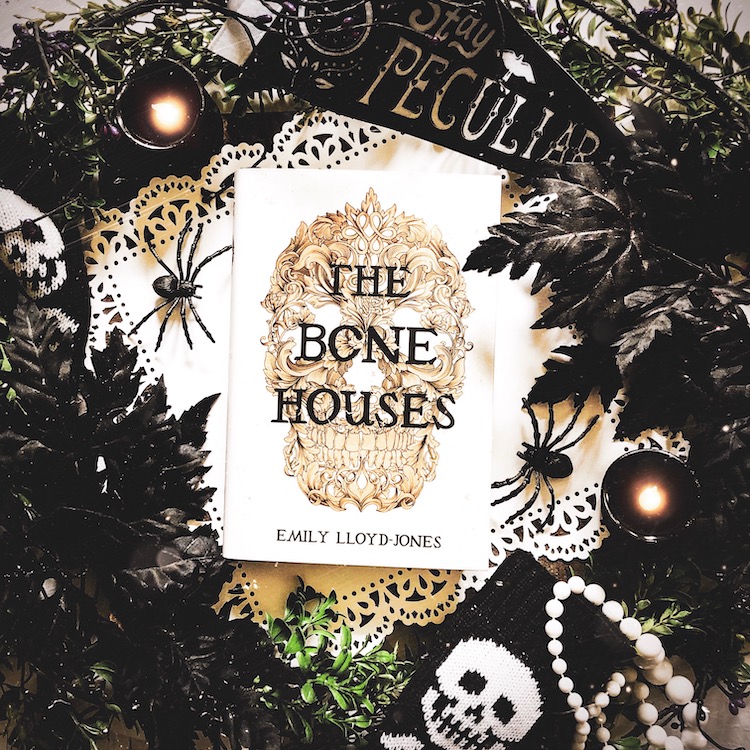 She knew how things died.

And in her darkest moments, she feared she did not know how to live.

I love the way Emily Lloyd-Jones writes. Full of memorable lines and flowing prose The Bone Houses was an overall enjoyable read, but I was left slightly disappointed by the overall depth of character development and storyline.

After losing both beloved parents, Ryn, along with her brother and sister, are struggling to make ends meet as gravediggers in their small town. Colbren is a remote village with a pesky problem, the dead don’t seem to want to stay buried. “Bone Houses”, or risen corpses, have begun attacking in unprecedented fervour.

Ellis, a mapmaker with no last name and looking for answers regarding his mysterious past, has recently arrived in Colbren. Together he and Ryn venture out to find the source of the ancient power/curse giving life to the dead, destroy it and bury the past for good.

The Bone Houses was a fine read. But to me it was just that … fine. I loved Emily Lloyd-Jones’ The Hearts We Sold, and was really expecting to love this one. And I did like it, but the problem with expectation …

I found the characters to be quite flat. I kept wanting to connect with them and know them (especially Ellis) but they never really formed into dynamic, well rounded beings.

A lot of time was spent developing the inevitable, unsurprising romance and very little spent on magic, world, plot and character building for me to form a true love for the story. And while Emily does vividly describe the undead in all its rotting, visceral detail … it never felt truly spooky or chilling.

Overall it is a solid 3-star read very perfectly paired with a chilly October afternoon. But I was unfortunately expecting more from this excellent, under appreciated writer.