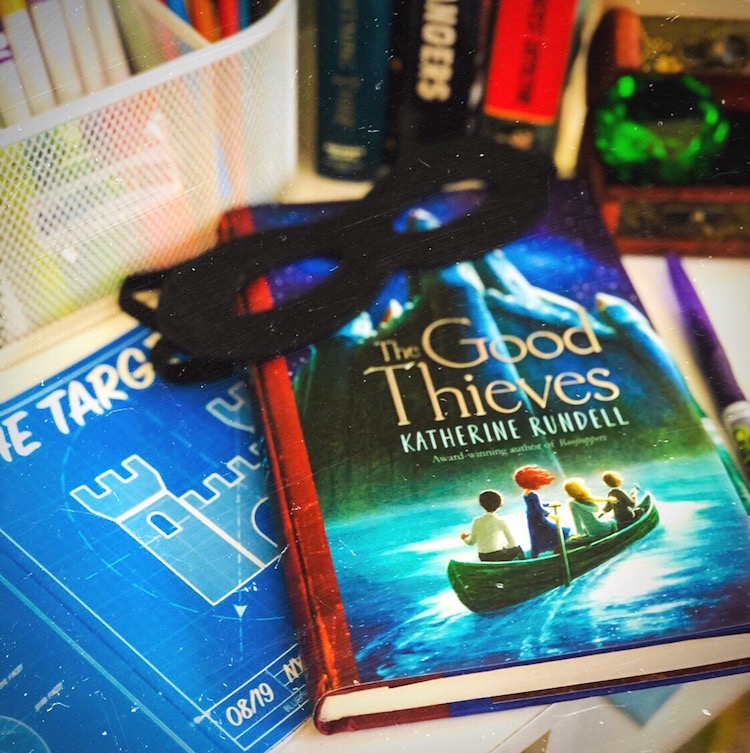 Katherine Rundell just knows how to weave a good tale.

My little and I read The Explorer two years ago and it is still one of our favourites! Katherine writes such honest characters and quite subtlety you find yourself emotionally invested in their journey. She always yanks a tear or two out of me as well.

The Good Thieves is a Jazz age, Oceans-11 style heist novel featuring a cast of diverse 12 year olds. (I mean, how does she even come up with it?)

Vita’s grandfather’s ancestral castle has been taken from him by a crooked and powerful New York tycoon and Vita is determined to get it back. She, along with some new found friends, plan an elaborate heist to steal back what is rightfully her grandfather’s and expose this corrupt man in the process. But trying to expose criminals is hard enough for adults, let alone for four children fighting against physical limitations, prejudice, and a city full of danger.

Woven in and around 1920s Manhattan and the infamous Circus at Carnegie Hall, the city & setting play out as another character in this action packed short novel.

I think what stands out the most is how strongly voiced these four children are. All of these characters were rich, diverse and heart stealing.

Arkady is an incredibly kind, empathetic, Russian animal whisperer. He is fiercely loyal, brave, and so patient. His tenderness, as a young male character, was so wonderful to read.

His best friend Samuel is another male stereotype-smashing character. He longs to be an acrobat in the circus and possesses enormous talent … but his uncle worries the world isn’t ready for a brown skinned acrobat. He isn’t wrong. Katherine Rundell subtlety shows her middle grade audience the prejudices he would’ve faced, that sadly still mirror the racism of today. He is confident, quiet, intelligent, talented and brave … while also possessing this stereotypically “girl” talent.

Lastly, certainly not least, Silk. While Katherine wrote two male characters that wonderfully balked at stereotypes so too did her ladies. Silk is a talented pickpocket, who has honed her skills surviving alone on the streets of New York. She is a bit gruff and prickly at first, but her desire to be part of a family underneath that prickly exterior is so heart wrenching. I think her story touched me the most.

While the story was fun and action filled (a little slow to get going), it is these characters that steal the show. They are each so well composed, it just needs to be read to be appreciated. Katherine gives her middle grade audience such respect – never speaking down to them, challenging vocabulary (I had to look up some words!) and gently exposes important societal conflicts that we need to talk to our children about. But these discussions are never forced.

The Good Thieves was truly brilliant.