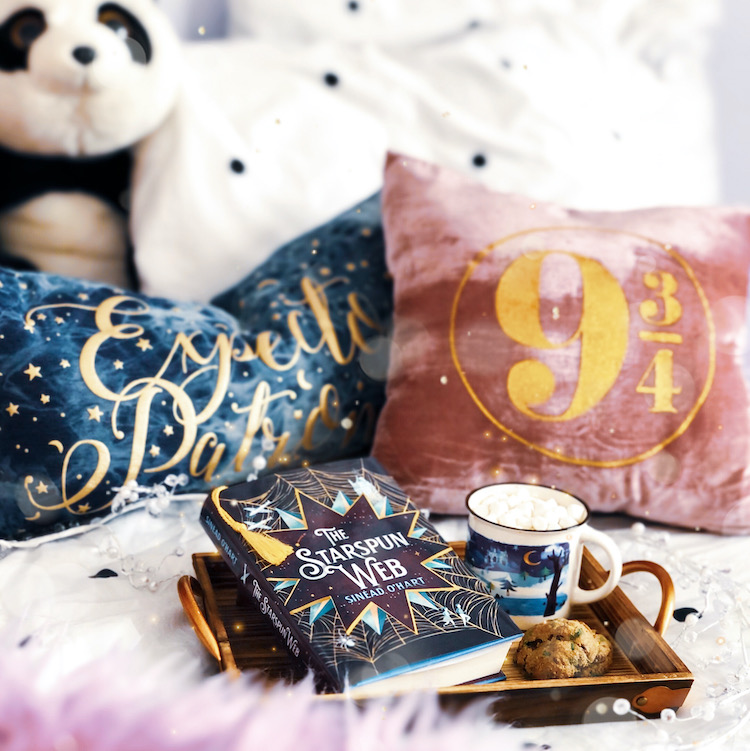 Tess de Sousa was abandoned as a baby at the doorstep of Ackerbee’s Home for Lost and Foundlings. The only items left with her are numerous notes of an unknown currency and a mysterious, compass-like device, known as the Star Spinner.

Tess adores her life at Ackerbee’s. From the two kind women who look after the girls, her own basement laboratory, her best friend & scientific assistant Wilf, and her beloved pet tarantula, Violet (who basically lives in her hair).

But everything gets torn apart when Mr. Cleat arrives claiming to be Tess’ long lost relative and demands she be released into his care. Tess willingly leaves her beloved home to find the answers about where she came from. Armed with her pet tarantula and the extraordinary Star Spinner that allows her to travel between worlds, she finds Mr. Cleat is not necessarily who he claims to be and worse, she is central to his dangerous plot that she must stop before those she loves are harmed.

Even though I read mostly fantasy, historical fiction is my favourite genre. I especially love when genres can smash up with historical fiction – like in Starspun Web where some fantasy and  parallel-world science fiction are thrown into the mix. For the most part this is done very well, but I argue the story struggles to find it’s right audience.

Tess is a likeable heroine but I found her a bit confusing. I could never get a strong grasp on her age, at times behaving like a preteen, at times behaving more like an older teen. It was disappointing that she was heralded as a “passionate budding scientist” – in fact the story opens with her conducting an experiment – but this is never really built upon further in the story.

Ultimately the story begins to play out as a hostage situation with Tess trying to both escape it and find out where she is from. This novel really brings some heavy topics including descriptive child abuse (physical harm, abandonment, abduction, and forced confinement) murder, WWII, and animal cruelty. When combined with the seemingly fluid age of the children, it feels to me that this story didn’t know if it wanted to be middle grade or YA. In my opinion, when an author doesn’t understand the audience they are writing for, the novel is left in a confusing aether. Considering this is marketed as appropriate for ages 8-12, I would seriously caution parents with more sensitive children. This is incredibly disappointing, because what a great opportunity to discuss WWII with the middle grade audience.

While this is a slowly paced novel it is not necessarily a detriment. Sinead O’Hart takes her time developing the orphanage, the surrounding characters (most of which were my favourite – Jamie, Wilf, Millie) and the science fiction is approachable, without being overly descriptive. The novel takes its time to slowly revealing secrets as it works towards the combination of climatic events and storylines. The world builds upon prior understanding of 1940s Berlin, while adding in an almost steampunk element and interdimensionality.

As an adult, I actually quite liked this story. I appreciated the slow, methodical pacing and of course can cope with the disturbing content and see some of the value it adds. But I don’t feel this was the right way to open the conversation on WWII with a younger audience. For the most part it is scary and quite troublesome … and when you need to spend a good portion of time calming your child down from disturbing scenes of children being thrown into walls and fathers being beaten to death, it doesn’t leave a lot of room to talk about the human face of war, and nightly fear that families felt during the blitz.

TBR Ranking: As a read-aloud, Bottom; for an older audience, Middle. 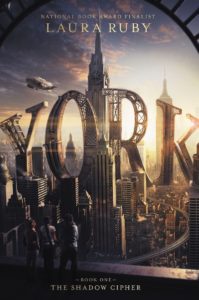 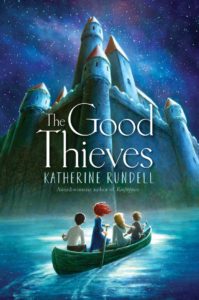