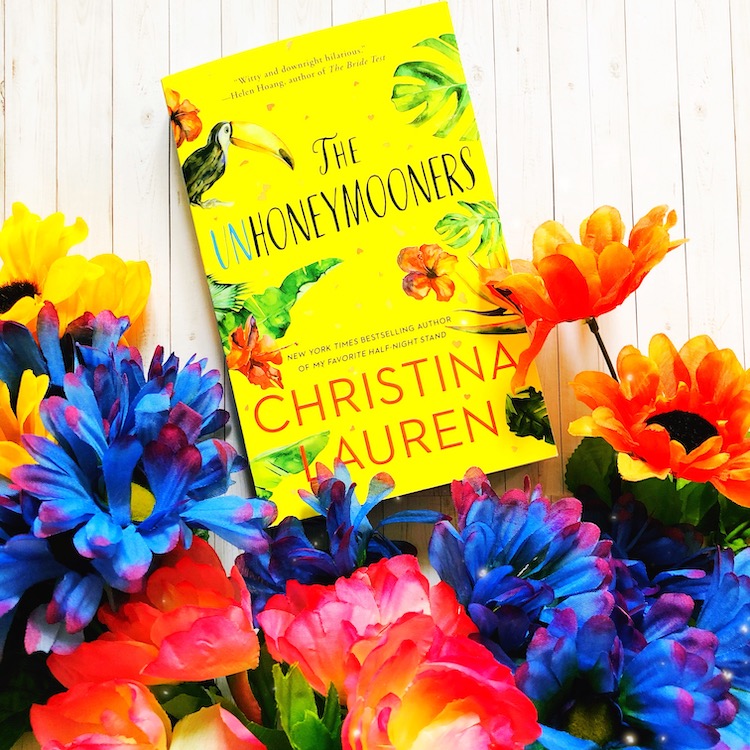 So, I’m on a contemporary romance kick.

This was another enjoyable contemporary romance featuring my most favourite of romance tropes: enemies to lovers! (supposedly, more on this later).

I did read this right after The Bride Test and I think that might have impaired my judgment slightly, I just didn’t enjoy it quite as much. But, it still is a great summery romance.

“Enemies” Olive and Ethan happen upon a deluxe Maui honeymoon after everyone at Olive’s sister’s wedding gets food poisoning … they just have to pretend to be the married couple. Doesn’t sound too difficult until Olive’s boss appears and Ethan’s ex. Suddenly they are forced to actively play the married game. You can imagine what ensues …

Things I liked: while the storyline is as obvious as the nose on your face … it was still sweet, incredibly funny, witty, and featured real adult conversation, communication. Olive actually experiences some unexpected character growth, that many who are in their thirties who haven’t fully discovered their passion yet will relate to.

What I didn’t like: I got a little tired of Olive’s negative “the world is out to get me” view point. While many characters do call her out for this … it got a bit tough. I also felt that this wasn’t true enemies to lovers … It was pretty obvious from the beginning that these two actually simply liked to bicker. No real hatred, or even enemy territory here. Further, Olive’s reason for “hating” Ethan is pretty petty and trivial at the beginning (could easily be solved with one question) but later when Ethan is a large disbelieving jerk Olive forgives very easily. I hate plot inconsistencies like that.

But, on the whole, it is light, it is funny, and an overall enjoyable summer read.