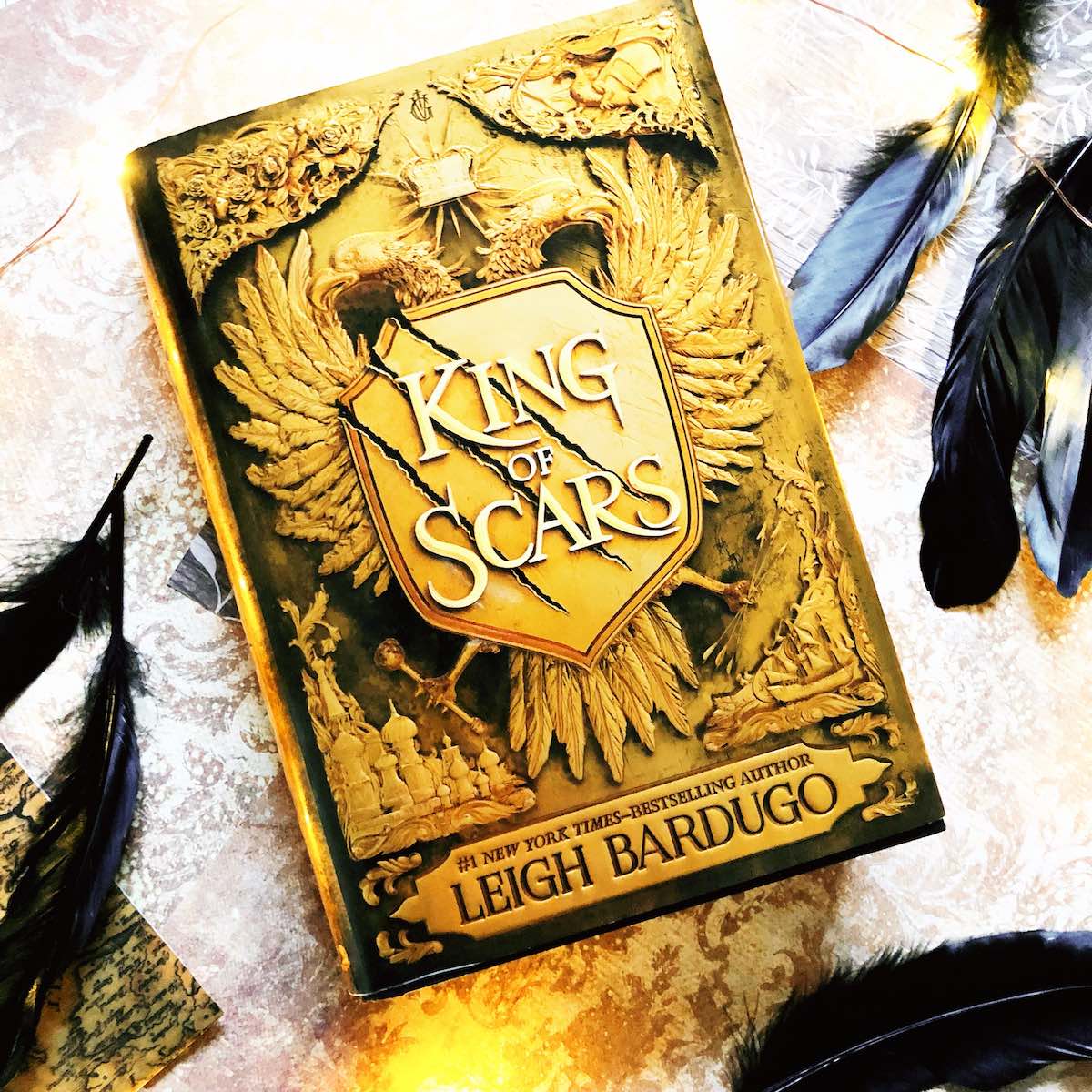 “It is not exciting if nothing can go wrong.”

My thoughts are all over the place with this one! The truth is King of Scars was not at all what I expected. This is difficult because, even though I say you can never fault a book for being unexpected, it can sometimes be a bit of let down.

Not that King of Scars could be branded a let down. But I thought I was going to get a Nickolai-centric novel told through Nickolai all pertaining to and around Nickolai.

This is not what King of Scars is.

This isn’t a bad thing. This isn’t a good thing … it just … is! See what I mean with the thoughts?

Start at the beginning.

King of Scars is told in split perspectives from the vantage point of Nina, Zoya, Nickolai and, in the second half, Isaak. Exactly like the Six of Crows duology. This, right away, hit at my expectations as, like I said, I thought it would be told only through Nickolai. Similar to Alina in the Shadow & Bone trilogy.

It is rather slow, which arguably is Bardugo’s style. She slowly builds a world to a climactic conclusion … this is definitely of that formula. It is slow paced and character driven. I did make a flag at 130 pages that asked: has anything happened?

So it is a tad slow.

I also struggled at first with Nina’s storyline and how disconnected it felt to the rest. The ending was quite rushed and wrapped up in a very Sherlock Holmes “well here is how it happened Watson” way. It felt very rushed, it felt a little convenient, and the “surprise” felt a little unsurprising to me (and I don’t mean this arrogantly).

So then … the part that wasn’t what I was expecting and was all the more phenomenal for it?

The strong undercurrent of this book is a brilliant portrayal of power, femininity, strength, and softness; what it means to be a powerful woman, to hold that power, own that power, fight for that power …  all told through Bardugo’s amazing leading ladies. Nina, Zoya, Leoni, Hanne, Elizabeta, Genya, Tamar … each face their own challenges and hold their own triumphs as they explore what it means to be a strong woman. Can we just take a long moment and appreciate Bardugo’s excellent conversation on feminism?

Time after time the women in King of Scars stand up for themselves, speak for themselves in instances where men would lean in to do so. Bardugo does this so brilliantly – writing effortlessly how a male would go to defend a lady character only to have that lady character speak for herself. It is subtle and very powerful.

I found this conversation on feminism & power to be a quiet, constant thread throughout the book and brilliantly told.

Of course it wasn’t the story I set out to read. Many of the best books aren’t. But my foolish heart would’ve liked a little more of the battle between Nickolai and his demon … but, as Bardugo shows us, he is not the only one with scars.

Can’t wait to hear more form Zoya and the gals.

Oh, and Nickolai too.